The War on Women: An Opportunity for the Gospel 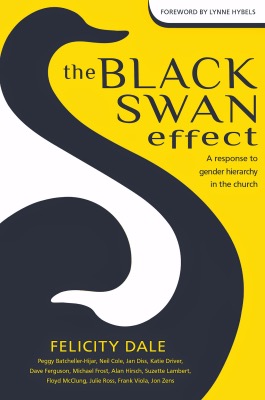 Recently on a flight to Seattle, I got to talking with a woman sitting next to me. In the course of our conversation she asked about the book I had out—The Black Swan Effect: A Response To Gender Hierarchy In The Church. She said she was really intrigued by the title and wanted to know what it was about and what I thought about the topic. Below is a brief excerpt of our chat. I’m sharing with hopes that you are inspired to look for the divine appointments God sets for you. Don’t be afraid to open up to others’ questions about our challenges—even the ones that make us (those in the Church) look foolish. Learn to answer with humility and truth, always pointing to the love, power and truth of the gospel!

Where you see (…) is where we shared more vulnerably from the heart about our personal experiences.

Woman: I am really intrigued by the book title you have. Can you please tell me about it? I’m curious to know your thoughts on the topic as well.

Me: Oh, yes. Absolutely. This is actually a topic of passion for me…

...Everywhere in the world the Christian message (the gospel) has flourished, the status of women on those societies has elevated. And yet, in many churches we still see a hierarchical culture based on gender. People are empowered for leadership and ministry based on their God-given gender rather than their God-given gifts. It’s an interesting and sad phenomena—we are not utilizing half of our talent as result.

Woman: Oh my gosh, you’re right. I’ve never thought about it that way, but it’s true. If we are not utilizing women we are missing half our talent. You know, I’m an educator and I see the inequality of opportunity for female administrators. In elementary education, a job where majority women fill teaching roles, the majority of administrators are still men...

Me: Wow, it’s wild to think that we are in the 21st century and we are still dealing with the conversation about equality.

In the earliest chapters of the Bible, chapter 3 of Genesis, the serpent (Satan) he comes first to Eve to target her with temptation. Satan’s scheme has from the beginning targeted women with his oppression. When Adam and Eve rebelled, God immediately rushes on the scene and curses the serpent. One of the things He tells the serpent is that He will put enmity between he (serpent) and the woman and between his offspring and her offspring. He will crush your head and you will bruise His heel. This statement tells us a few things. First it tells us that the great war against the woman throughout human history is actually the result of a cosmic spiritual battle in the unseen realm. Satan has a unique hatred for women. The biblical worldview gives us a clear reason as to why woman have been subjugated and oppressed throughout history. Second, we see from this passage that God is honoring the status of women. God says, “her offspring.” No where else in ancient literature do we see women having offspring—only men do. Even in the midst of His judgment, God is honoring the woman. Then God says, He will crush your head and you will bruise His heel. This, I believe, is the first prophecy of Jesus who was to come. God, because of His love for humanity and His desire to rescue her, would send His son, Jesus, to be born not as the offspring of a man, but the offspring of a woman—a virgin!

Me: Right?! It gets better.

The bruising of the heel is a temporary wound—the cross was a temporary wound that Jesus would suffer in order to rescue humanity. But the crushing of the head was a mortal wound—Jesus’ resurrection tells us that He is victorious over sin, death and Satan. The resurrection guarantees Satan’s defeat—a death wound. Jesus' victory and redemption of humanity would come through a woman!

When we come to the New Testament (written after Christ) we see statements like there is now neither Jew nor Greek, male nor female, slave nor free, but all are one in Christ Jesus. In other words, we no longer are to entertain barriers of race, gender or social status—in Christ we are one and we enjoy God’s grace equally.

What God started in the Garden has been fulfilled in Christ and will be 100% finalized when Jesus returns.

Woman: That is so powerful…

Me: Do you have a faith background?

Woman: Well, both my husband and I grew up Catholic. In our adult lives we started attending a non-denominational church. We were even in a small group for a number of years. We fell away. I think we just saw too much hurt and hypocrisy and couldn’t reconcile what was going on, so we left and haven’t been back. It’s been many years...

…I can honestly say, and I’m not blowing smoke, I can say this from what I’ve heard from you and what I feel when you speak: If we had people like yourself leading in our church, I don’t think we would have ever left. I'm grateful that as a man you are speaking to these issues. Thank you for sharing with me; it’s really touched my heart. Tell me, what is the name of the church you previously attended in Tacoma?